The exhibition shows works from different periods in the history of silkscreen art and draws connections with the present, in which there is a renewed interest in the craft of making graphic art.

The theme ‘Vorm in Herhaling’ is explored in two ways: both in terms artists content and technique. The repeating principle of silkscreen printing, in which a shape, often in a different color, is printed layer upon layer, functions as the starting point.

During September next, the current exhibition will be followed by a sequel: Vorm in Herhaling II in which young, contemporary artists will react on the theme by freely making use of different media and/or techniques. 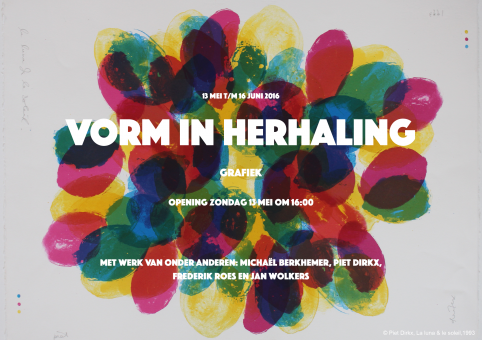