Jansen & Kooy is an art gallery for contemporary visual arts with a special focus on graphics. The gallery shows work by established names as well as by upcoming talents. It represents artists from the surrounding area and actively looks for connections with artists coming from other parts of the country. A dialogue is sought with recent developments in the (inter)national art world through exhibitions exploring a specific theme.

Jansen & Kooy is run by Hans Jansen, who started as a silkscreen printer in 1971 in Amsterdam and who founded an exhibition space in the Kerkstraat next to his studio in 1983. In this period, Hans Jansen mainly exhibited prints that he made together with the artists. Much of this work can be found on the website (In stock).

Since 1990 the silkscreen studio is located in Warnsveld, near Zutphen. In the first half of the 1990s, the exhibitions gradually moved to the new location.

Situated in the rural outskirts of Warnsveld, surrounded by an open and leafy garden, Jansen Kooy also exhibits outdoor work, for instance during summer exhibitions in which groups of artists were invited to make sight specific work.

Hans Jansen currently focuses entirely on making exhibitions and selling in stock-work. His daughter Judith Jansen, a philosophy graduate and student at the Gerrit Rietveld Academy, assists him in this. 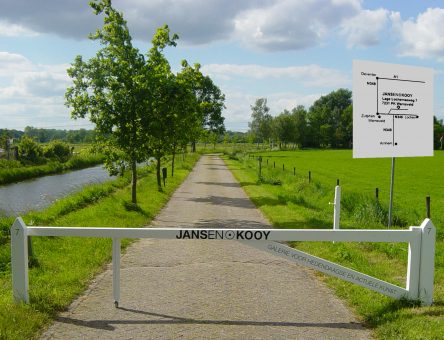 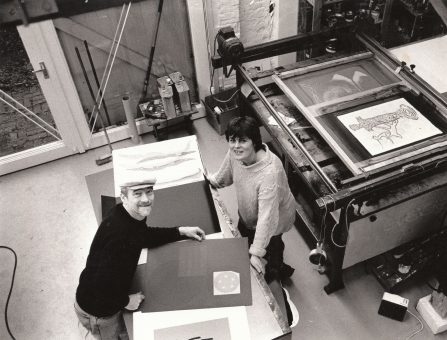 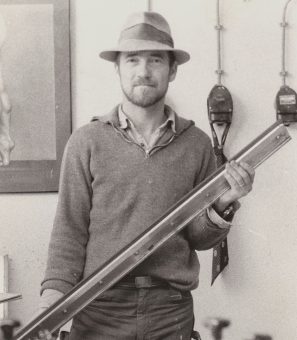 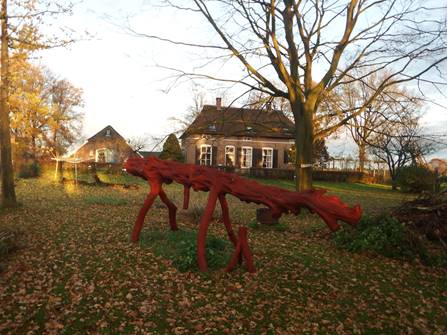 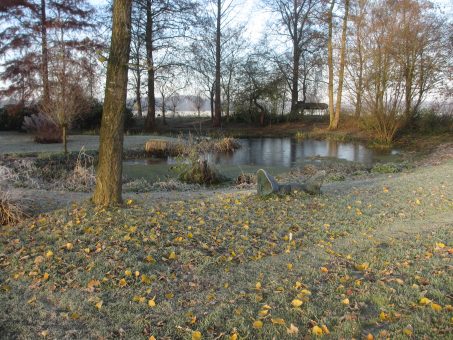 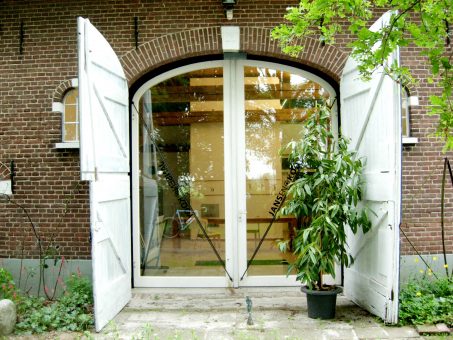